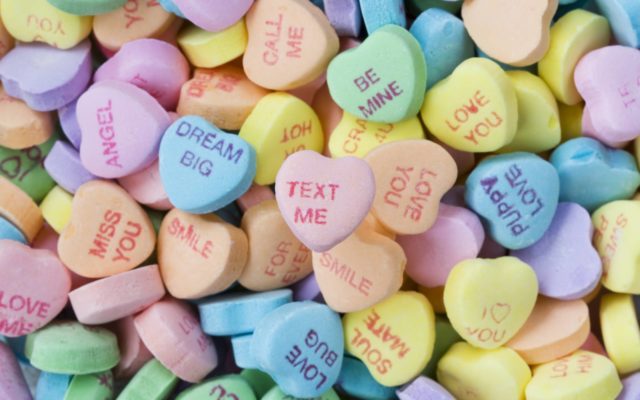 Sweethearts, the pastel candy hearts with romantic messages that have become synonymous with Valentine’s Day, are back after a year-long hiatus — but die-hard fans will note a few significant changes.

The beloved candy was absent last year after it changed ownership to Spangler Candy, perhaps best known as the producer of Dum Dum lollipops, in Fall 2018; the timing of the sale prevented the company from being able to produce Sweethearts in time for Valentine’s Day, much to the disappointment of candy hearts enthusiasts everywhere.

In a statement to CNBC, Spangler spokesperson Diana Moore Eschhofen said that the incident was a learning moment for the company.

“It became really apparent to us how much people were going to miss them,” she said.

In order to ensure that there would be Sweethearts this year, the original Sweethearts equipment from the former Necco factory in Massachusetts, was moved to another plant in a year-long process that involved transporting sixty truckloads of equipment and in some cases, lifting out larger pieces of equipment through the roof with a crane.

Despite the new factory, however, Spangler is still facing its fair share of challenges in creating Sweethearts for fans this year. According to Eschhofen, based on the technical challenges they’re facing and consumer response, it’s doubtful that Spangler will be able to meet the consumer demands for 2020. While the candy hearts will be available at drugstores nationwide, regional stores will have them in limited supply. The hope is that Spangler will be able to meet consumer demands in 2021.

Those won’t be the only changes for the candies either; the printer that gave Sweethearts their trademark romantic quips wasn’t working consistently and the new printer they acquired was damaged — which means that this year’s crop of hearts will have decidedly less to say than usual.

The candy may also taste a little different too, but this change is less about necessity and more about nostalgia. Spangler found the original recipe for Sweethearts in old paperwork; while Necco had modified the formula and flavors over the course of Sweethearts’ 118-year history, Spangler is excited to bring back the OG flavors, including banana and wintergreen — a sweet surprise for any fan of the brand.