The Minnesota State Patrol says 18-year-old Kaden Michael Reusch of Holdingford, and 38-year-old Erik William Welter of Morgan, were killed in the crash at the intersection of County Road 13 and Highway 68. 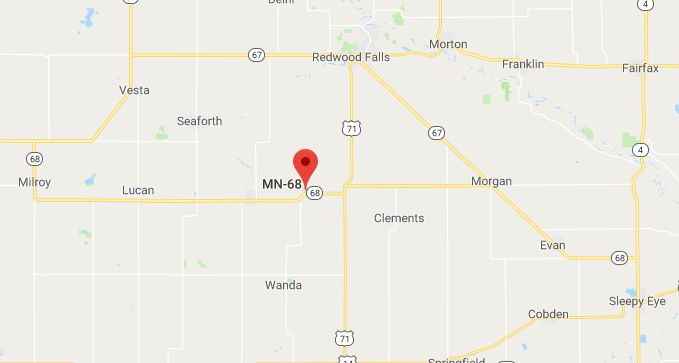 Reusch was northbound on County Road 13 in a Mercury Sable and Welter was westbound on Highway 68 when the vehicles collided.

Both men died at the scene.  It’s unknown whether either driver was wearing their seat belt, or if alcohol played a role in the crash.

(Copyright © 2019 Southern Minnesota News. Alpha Media Mankato. All rights reserved. This material may not be published, broadcast, rewritten or redistributed.)