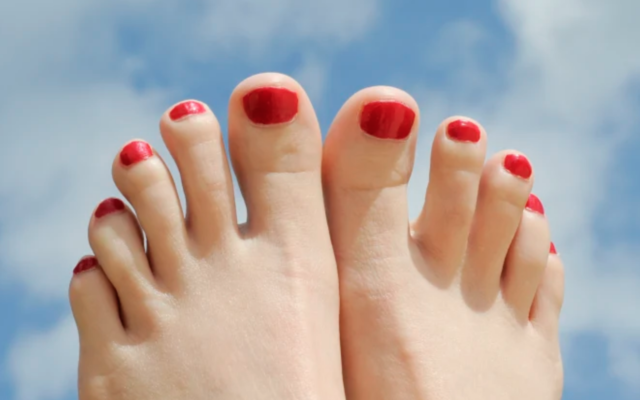 A 20-year-old man awoke last Tuesday to discover a male intruder at the foot of his bed sucking on his toes, according to a Florida police report.

Investigators say the victim was sleeping in his bedroom when the suspect somehow entered the locked Bradenton residence on December 24. When the victim awoke around 3:30 AM, his toes were in the creepy stranger’s mouth.

“The victim asked the suspect what he was doing,” police reported. Assuming that he was about to be robbed, the victim declared that he did not have any money. In response, “The suspect told him he was there to suck toes.”

The victim, who was alone in the residence, then began throwing punches at the intruder, forcing him out of the house and into the yard. As he was being driven from the home, the suspect “told the victim that he had a gun and then attempted to fondle the victim’s genital area.”

However, a “gun was never seen during the altercation,” police noted.

After striking the intruder in the face for “approximately 30 seconds,” the victim ran back inside the house and dialed 911. At this point, the suspect “punched out the glass” on the home’s front window and then climbed atop the victim’s car and stomped on the windshield until it broke.

The suspect fled before police arrived, and a “K-9 track” was unable to locate the intruder, who was bloodied by punches thrown by the victim. Police used DNA swabs to collect blood evidence left on the victim.

The intruder, the victim told TSG, was a black male between the ages of 20 and 25 who was bald shaven and about 5’ 11” tall and 160 pounds. The victim said that he hurt his hands beating up the intruder, who caused in excess of $1000 in damages to the residence and automobile.

Cops have not arrested anyone in connection with the home invasion, which they have classified as a felony “burglary w/aslt/bat” and a felony criminal mischief.