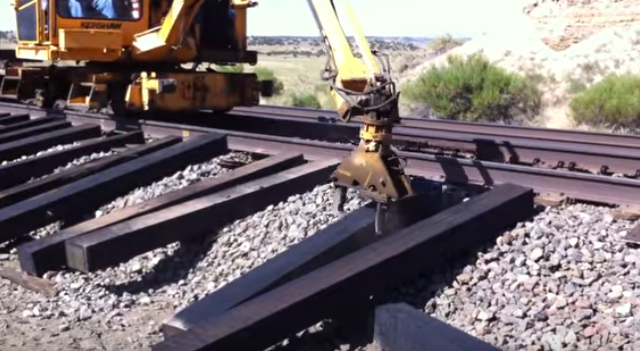 (Gaylord, MN) – No one was injured Wednesday when a tie crane came off the railroad tracks in Winthrop and collided with a minivan.

The Sibley County Sheriff’s office said the crash happened at about 11:00 a.m. on County Rd 33 and the railroad tracks in Winthrop.

The tie crane, driven by Cody Ekstrom, 27, of Norwood Young America, collided with the 2007 Chrysler minivan that was southbound on County Rd 33 when it came off the tracks.  The van was driven by Thomas First, 55, of Wabasso.

Everyone involved was wearing seat belts, according to the sheriff’s office.  Both vehicles sustained moderate damage.

The sheriff’s office describes a tie crane as a piece of rail transport maintenance equipment used to move and handle the railroad ties used in rail tracks.