The overdose death of a woman in Mankato is confirmed to have been caused by pills containing fentanyl.

Last week, Beth Leann Roulet, 38, was found dead in a Mankato home of an apparent opioid overdose. At the scene, the  Minnesota River Valley Drug Task Force found small, light-blue colored pills.  The pills had the letter “M” on one side and the number 30 on the other, similar to oxycodone.  But authorities suspected they were counterfeit.  The Blue Earth County Sheriff’s office issued a released warning that the pills could contain fentanyl, and there could be more in the area. 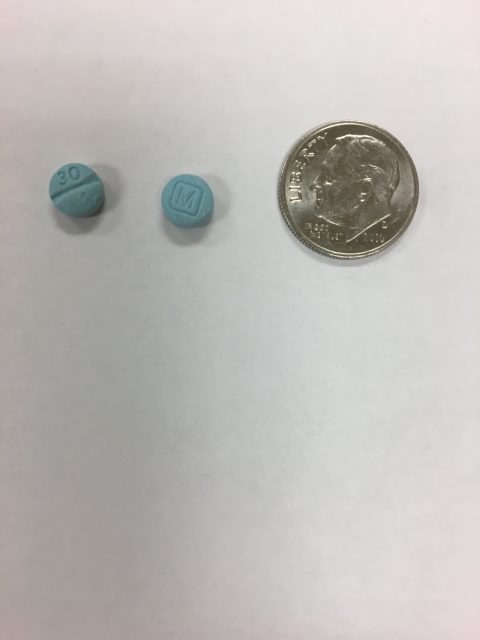 Scientists from the Minnesota Bureau of Criminal Apprehension confirmed on Friday that the pills found at the scene of Roulet’s death did contain fentanyl.  Fentanyl is a highly concentrated synthetic opioid that is 50 to 100 times more potent than morphine.

Investigators say the counterfeit pills are known as “Mexican Oxy” and have been linked to fatal overdoses across the counter.  “Counterfeit opioid drugs are designed to look like the real thing,” said Drew Evans, BCA superintendent.  “Your supplier has no idea which dose would kill you, and neither will you.  There is no safe dose.”

The counterfeit pills are believed to originate in Mexico.

Roulet’s death is believed to be the first in Minnesota caused by Mexican Oxy.