Garden City flooding: “You just roll with it and do what you gotta do.” (Pics) 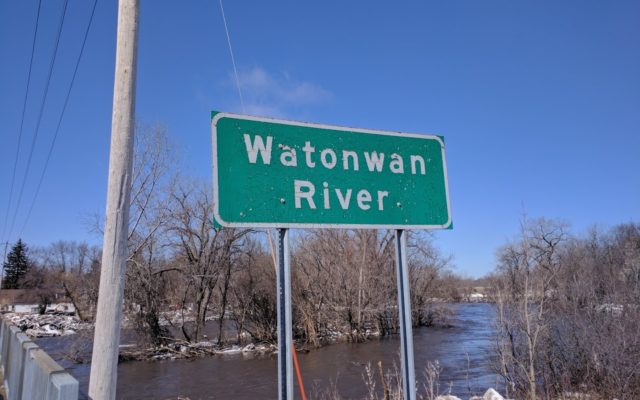 (Mankato, MN) – Jeanne Williams stands outside her house still shaking her head as she surveys the damage caused Tuesday night by the flooding Watonwan River.

“It just came on…just quick,” she says.  “We’ve had water on our yard before, but everything happened so quick.”

Willams’ property on Washington Street runs up to the Watonwan River, which was plugged by a massive ice dam that rerouted the rushing river waters into the north side of the city.  Several residents had to be rescued by airboats. 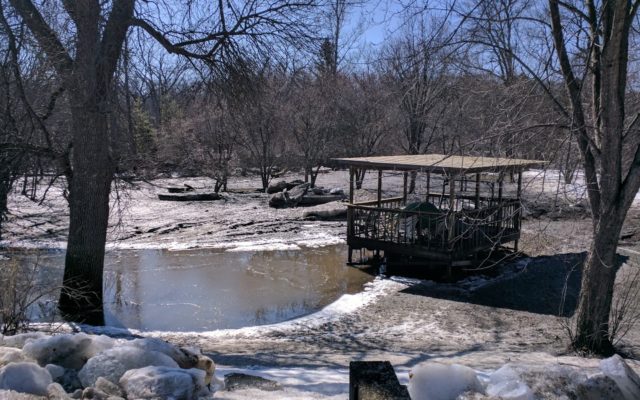 Garden City Flooding – March 19, 2019 – Watonwan River“When the jam got stuck here, it just came around and ended up coming down our street,” Williams said, pointing to Mill Street, which is where the family of three accesses their driveway.  “The river had waves up to here,” she said, gesturing waist-high with her hand.

The ebbs and flows of the Watonwan waters came close to the Williams home at certain times, Jeanne said.  “I’d say up to about maybe 15-20 feet away, depending upon when the ice jam hit, and how far it would flood back until it would let go again, and then it would jam up again.”

Willams says she’s busy and it’s a stressful time, but, she says, you just deal with it.   “You just roll with it and do what you gotta do…and deal with it as it comes.”

Luckily for the Willams family and a majority of their neighbors, they’re covered by flood insurance.  She worried about one neighbor, who had purchased insurance but was two weeks shy of fulfilling the required waiting period.

Garden City isn’t the only southern Minnesota community dealing with flooding concerns.  Brown County earlier this week announced they would hand out free flood cleanup kits and sandbags to residents as New Ulm keeps a wary eye on the swelling Minnesota River.  The Cottonwood River has already flooded, and ice dams doubled the depth of the river practically overnight.  The Cottonwood is also a flood threat at Springfield, where city officials announced yesterday that they’d closed access to Riverside Park.  And in St. Peter, MnDOT closed the Highway 99 bridge at the Minnesota River.

Despite the damage to her property and the months of cleanup ahead, Williams is “dealing with it” with some cheerful humor.  “I’ve got a little courage right here,” she laughed holding up a box of wine. 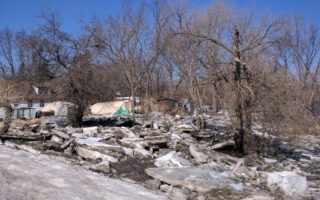 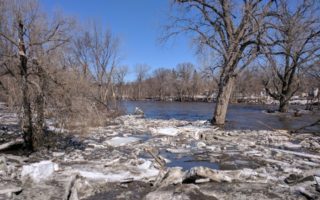 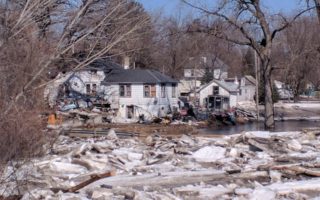 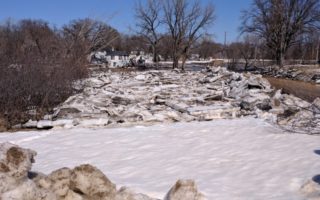 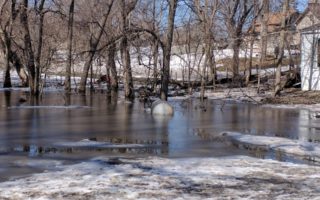 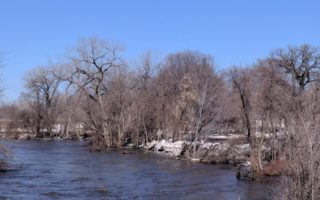 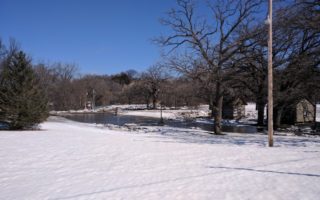 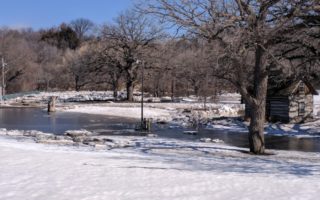 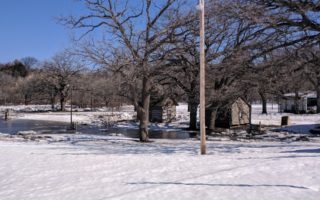