Mankato police say a child was driving a vehicle involved in a crash that left its owner hospitalized.

A press release sent by public safety says police were dispatched to 161 Jaycee Court in response to a motor vehicle accident shortly before 9 p.m. 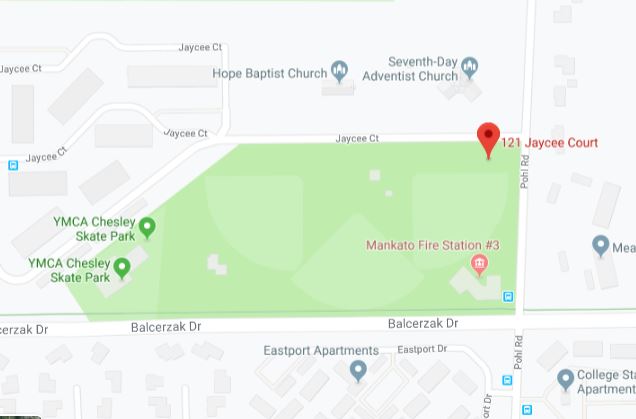 Connor Quinn Hudalla of Andover, was a passenger in the 1995 Mazda Miata, which police say was driven by a 9-year-old child.   The juvenile apparently accidentally accelerated and hit a building.   Hudalla is the owner of the vehicle, according to a release sent by the city.

Hudalla suffered minor injuries in the crash and was transported to a local hospital for treatment.  The child was checked at the scene.

Police say the child’s mother was at the scene of the crash.

Child endangerment charges against the adults are pending.